4 All Golds called up for Welsh duty!

There has been a lot of hype surrounding the Rugby Union World Cup recently, as it is being hosted locally at Gloucester's Kingsholm Stadium, however there is also other International rugby news being made in Gloucestershire, as Welsh Rugby League head coach John Kear has called four of the All Gold's Welsh contingent up to represent the national side for their upcoming International matches matches against Scotland, France & Ireland. Here are some images from the last match of the season, a 22-48 away victory at Coventry Bears. 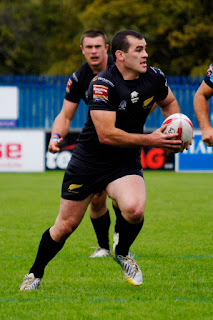 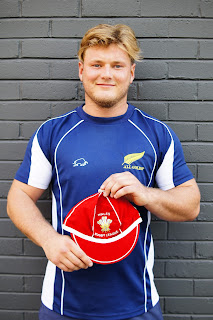 Captain Steve Parry (Treharris) returns to the Welsh set-up after missing out on last years' squad through injury, whilst Lewis Reece (Cardiff) also makes a return, after receiving his belated cap after our visit to North Wales Crusaders in Wrexham back in August.

Based in South Wales, I recently graduated from the University of Gloucestershire having studied Photojournalism & Documentary Photography.

I am currently the club photographer at All Golds Rugby League & Port Talbot Town FC but am interested in documenting various other sports.